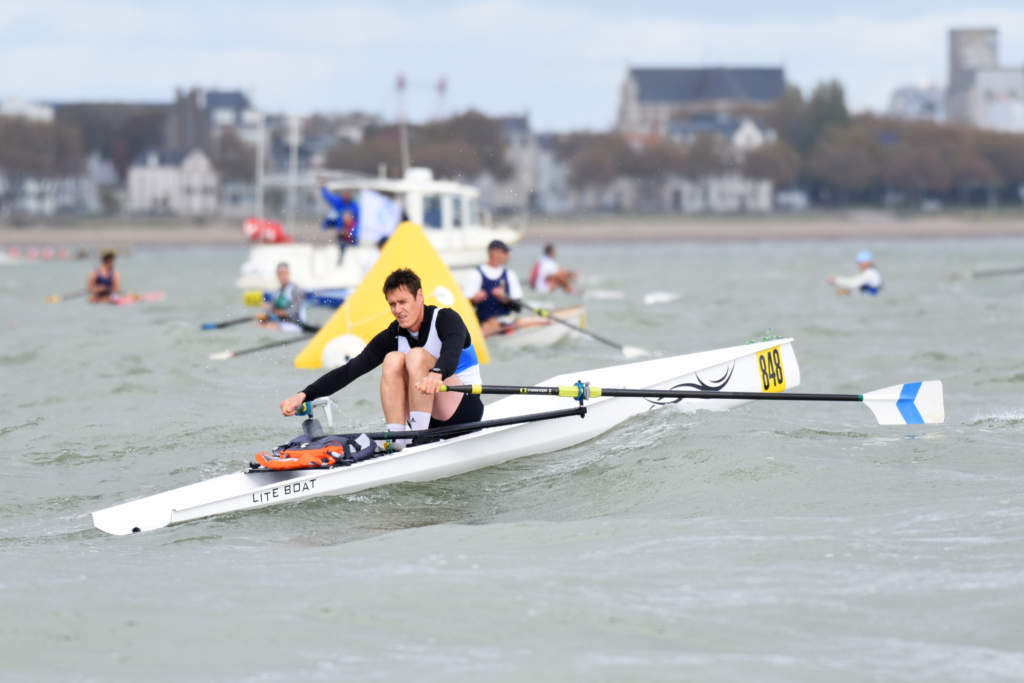 A lightning and eventful weekend on the Atlantic coast!

It is not far from 660 rowers with 235 boats from 73 rowing clubs from all over France who participated into this French Coastal Rowing Championship, taking place from 23 to 24 October 2020, motivated and ready to do battle. 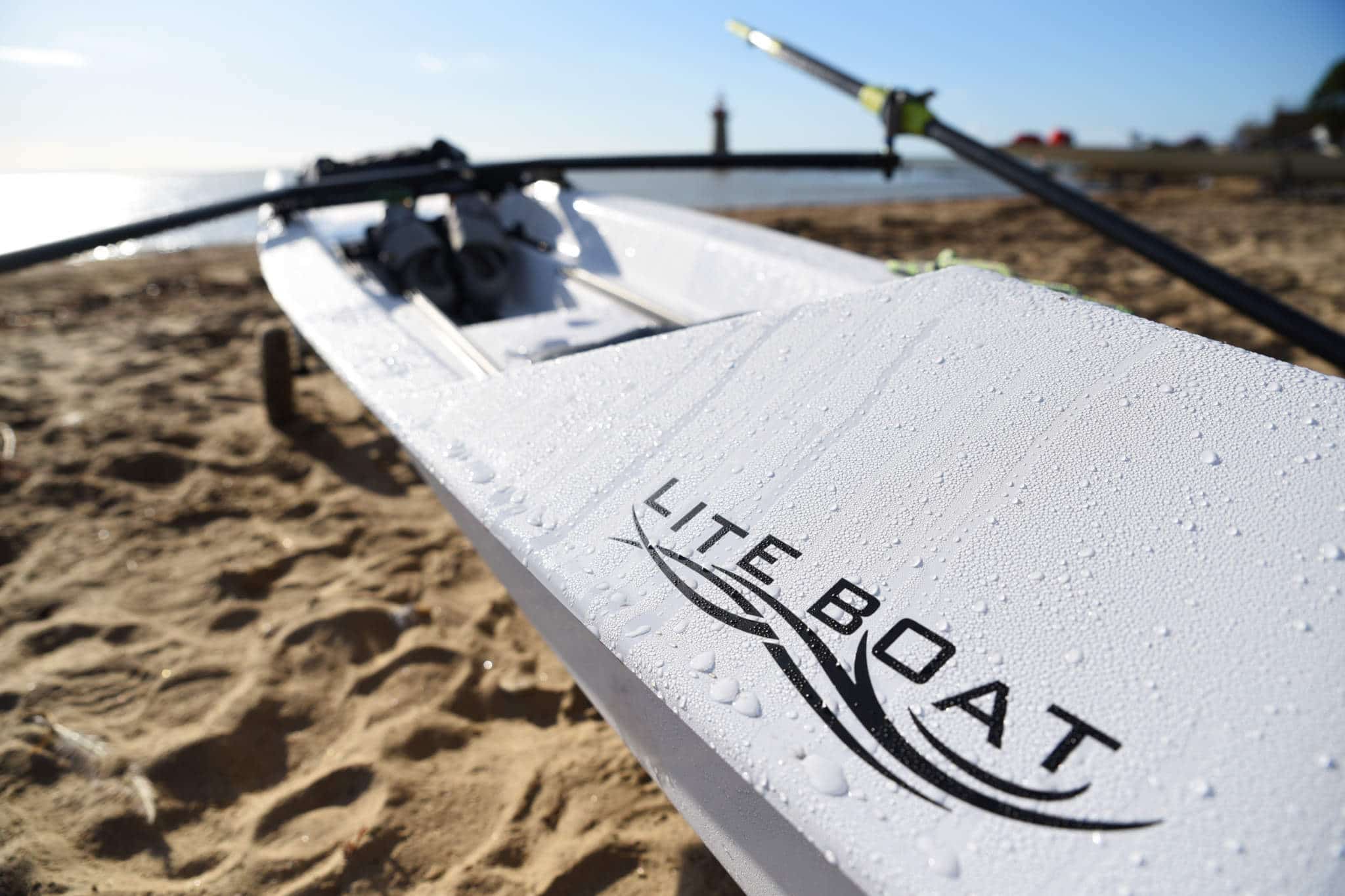 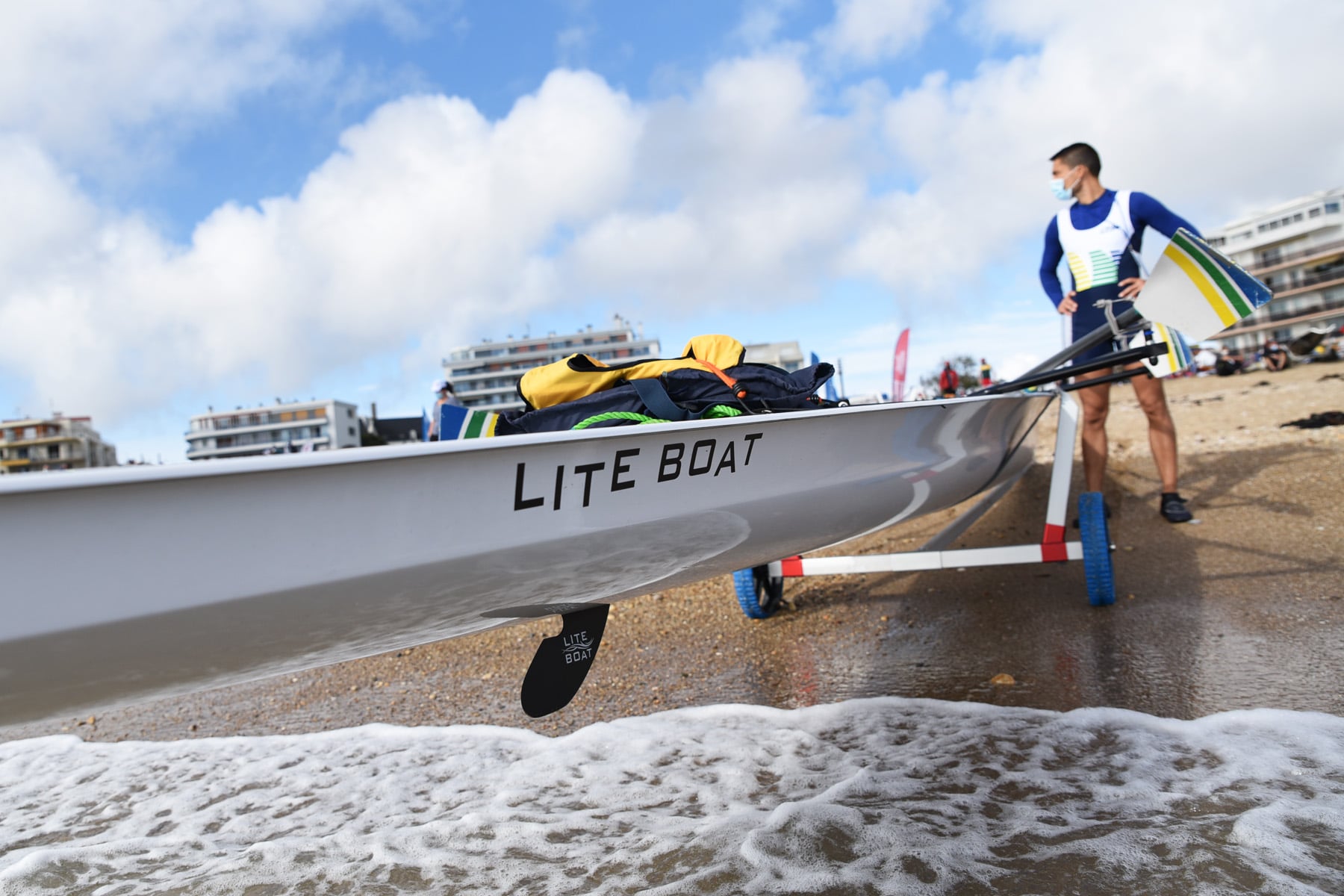 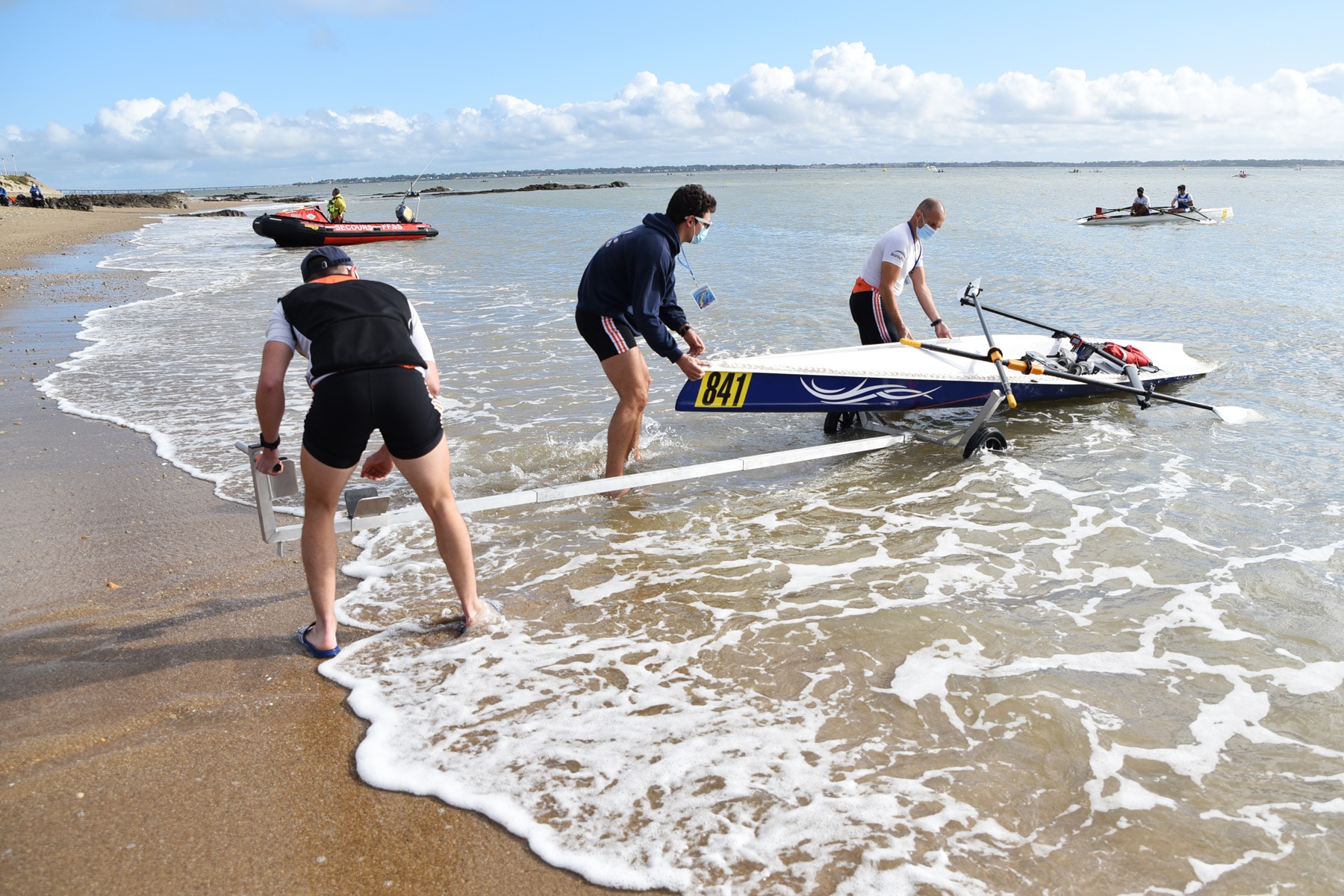 On Friday, the crews and the organizers had the pleasure of discovering, under a beautiful morning sun, the superb “spot” of this Atlantic coast offering good racing perspectives for this first day.

After some adjustments, and technical settings on the boats, the crews are ready to face a sea starting to get rough in the distance.

The wind strengthens during the day on Friday, the waves widen, the rowing conditions at sea harden, making navigation more difficult and technical, taking nothing away from the pleasure of rowing in the open sea.

The start of the race was still tricky for the participants rowing into the wind and against the current from the first tack.

The race of Marie (managing director of Liteboat)

“From Villès-Martin beach, the sea looked okay, but as I moved towards the lighthouse to get a closer look at the rowers already engaged, I realized that it was hitting hard. „It’s not going to be pie!“ as we say in French (meaning not going to be easy) „.

Back on the beach to get dressed, I ran into the returning male solos … fully showered! Putting on the wetsuit in the rain (no big deal, we were going to end up soaked anyway), recover the doubles kindly loaned by a rowing club, and presto. First strokes away from the open sea, all looks good. When we got to the warm-up area, it wasn’t the same. On the starting line we were already very wet!

Starting signal and GO for 6km. We were not disappointed with the trip! We got heckled, and I wondered if I was not going to lose Mathieu (founder of Liteboat) on the way, who was in 2 and who was taking way more water than me. We took several showers, made a few oars mistakes, narrowly avoided the competitors‘ boats but still with the „banana smile“. After turning on the second buoy, everything calmed down and we had very favorable conditions to reach the finish line in speedboat mode.

The LR2X glided at an impressive pace, a real pleasure! It was a race which despite the difficult conditions gave us some fun (and a lot of salty water!).“

The cloudy ceiling intensifying hourly and hourly in the late afternoon; nothing seems to predict good conditions to come. The offshore wind strengthened, bringing in an increasingly formed swell as soon as the first buoy passed. These intense weather conditions succeeded in bending everyone’s plans, so it is with regret that the organizing committee decided on Saturday morning to cancel the rest of the events as well as the A and B finals for everyone’s safety.

We will therefore stick to the result of this “playoff” day on Friday to award the titles of this championship day.

We would like to warmly thank the reception of the organizing committee, the president of SNOS Aviron (Alex BRIAND) for the organization and running of this unfortunately shortened event.

A weekend on a note of sharing & conviviality bringing us together around this common passion for rowing.

We look forward to seeing all of us again at the next championships! 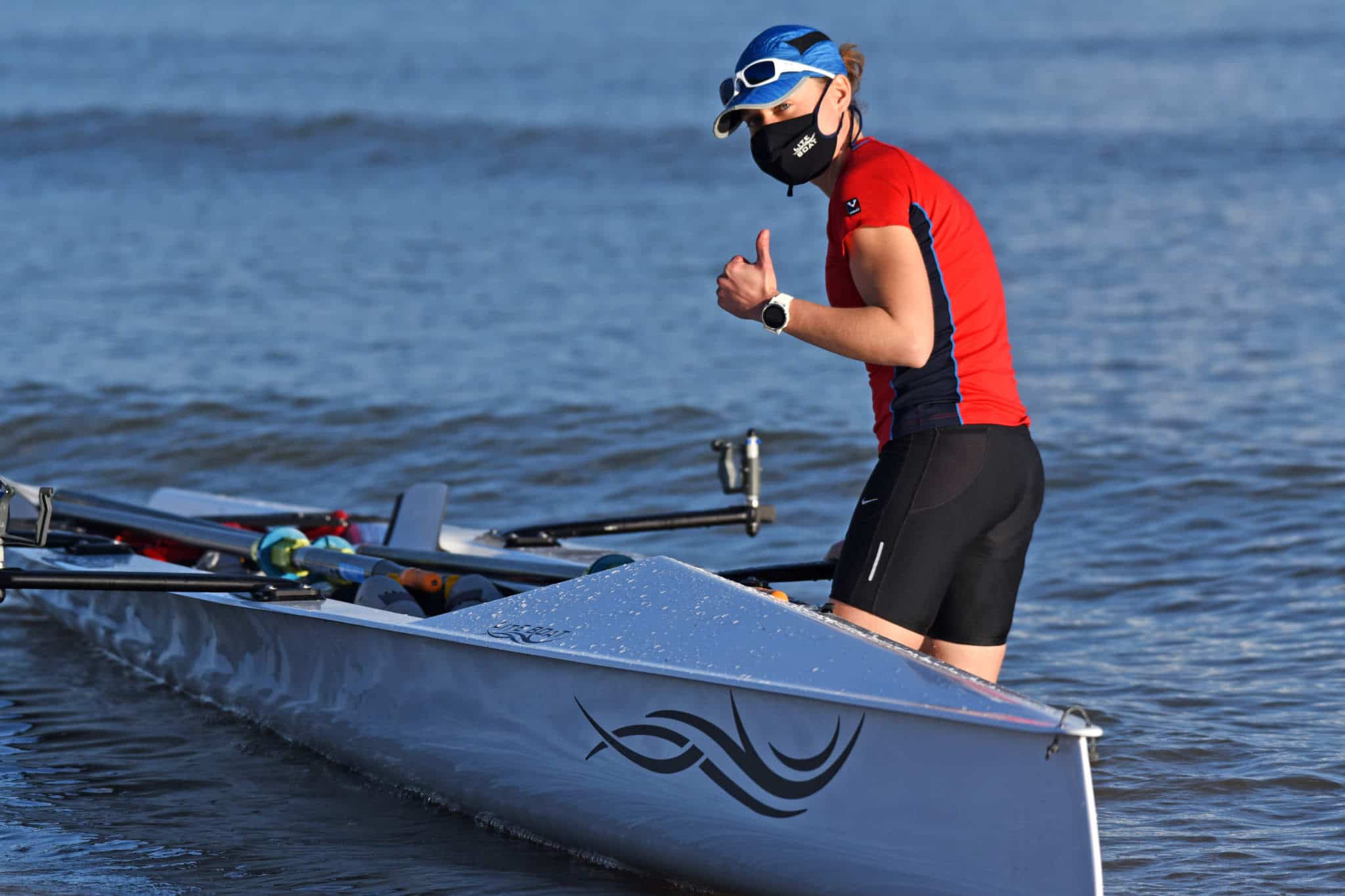 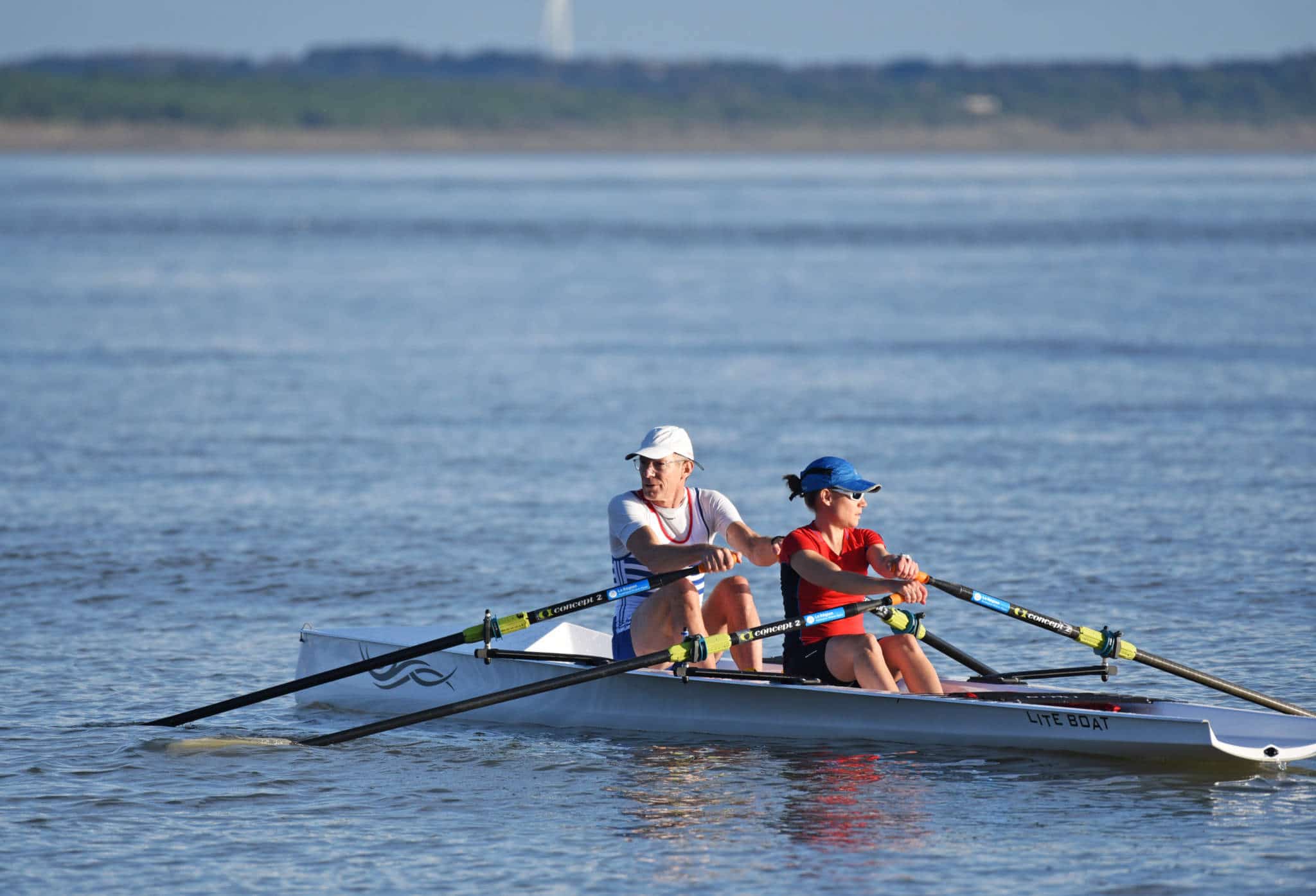 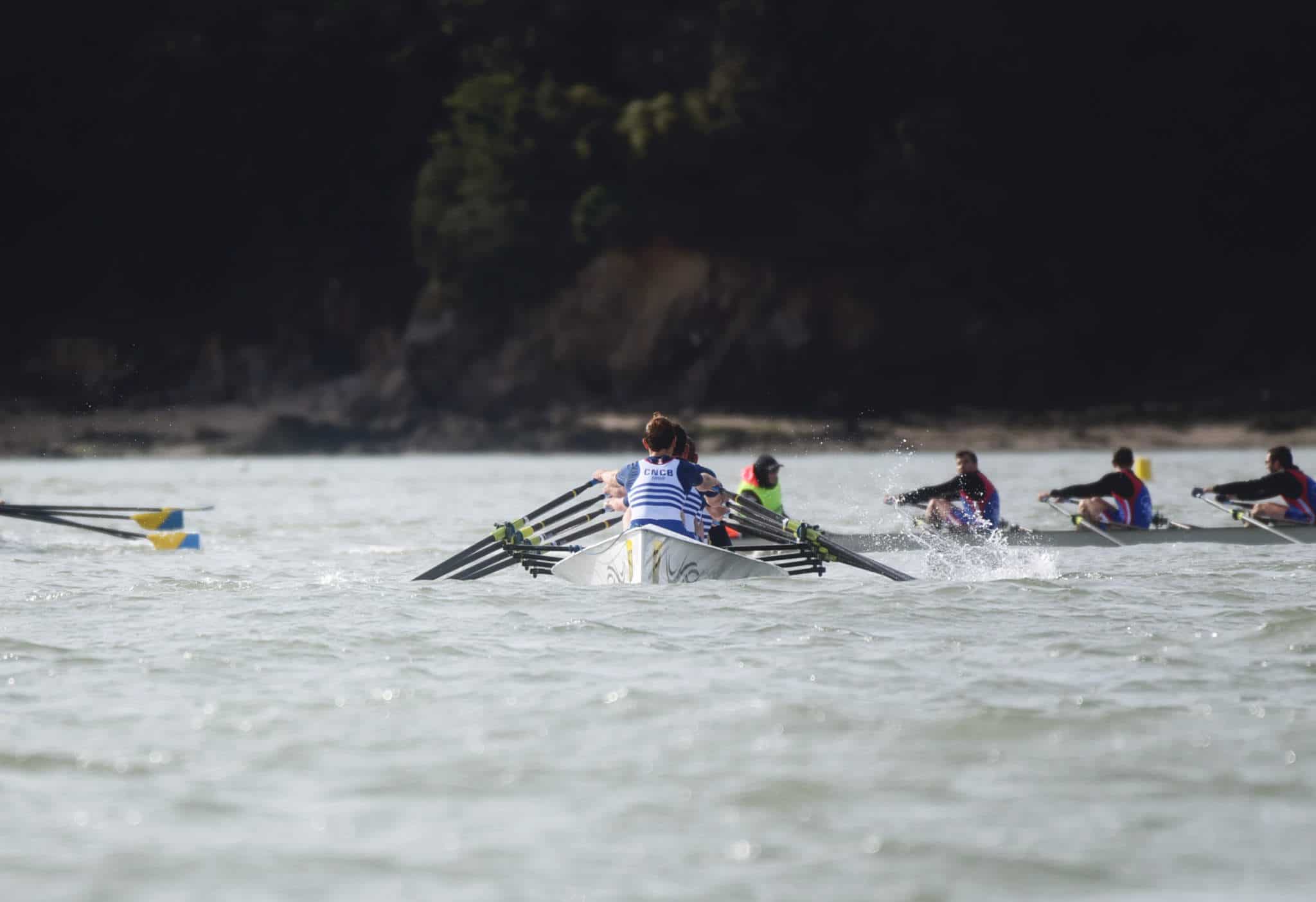 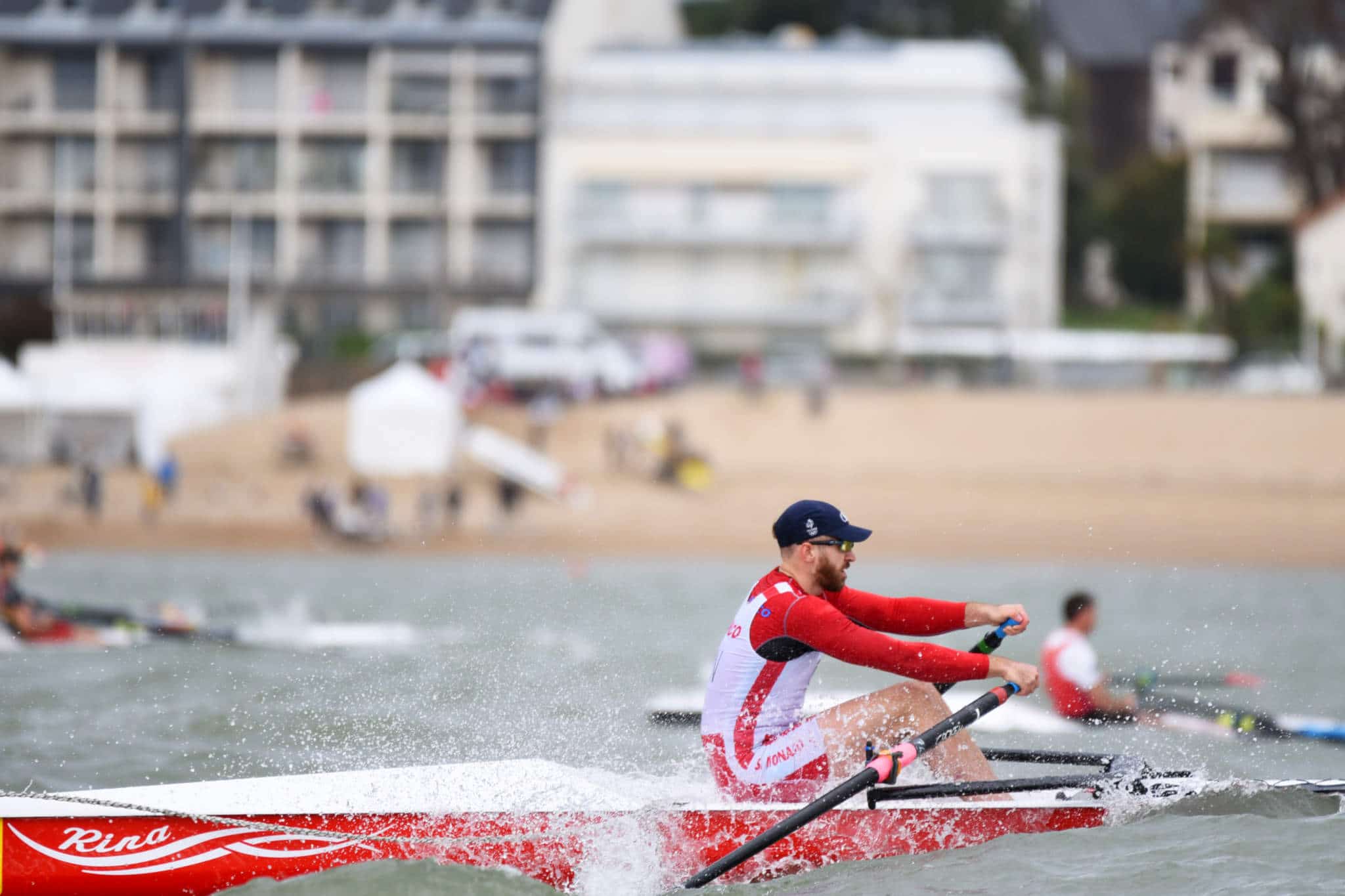