The purpose of this practice week was to test themselves in multi-day endurance, push themselves as hard as possible to see “what breaks first”. Body or mind… They had same kind of food and nutrition that they will carry during the Atlantic crossing.

To make some fun out of it they chose the Saimaa Lake as their playground, the biggest lake and waterway system in Finland. It covers an area of 4.400 km2 and has about 13.700 islands. Most of the nature is uninhabited and wild nature. Any day they could have chosen any direction and would have had hundreds of kilometers of waterways ahead. 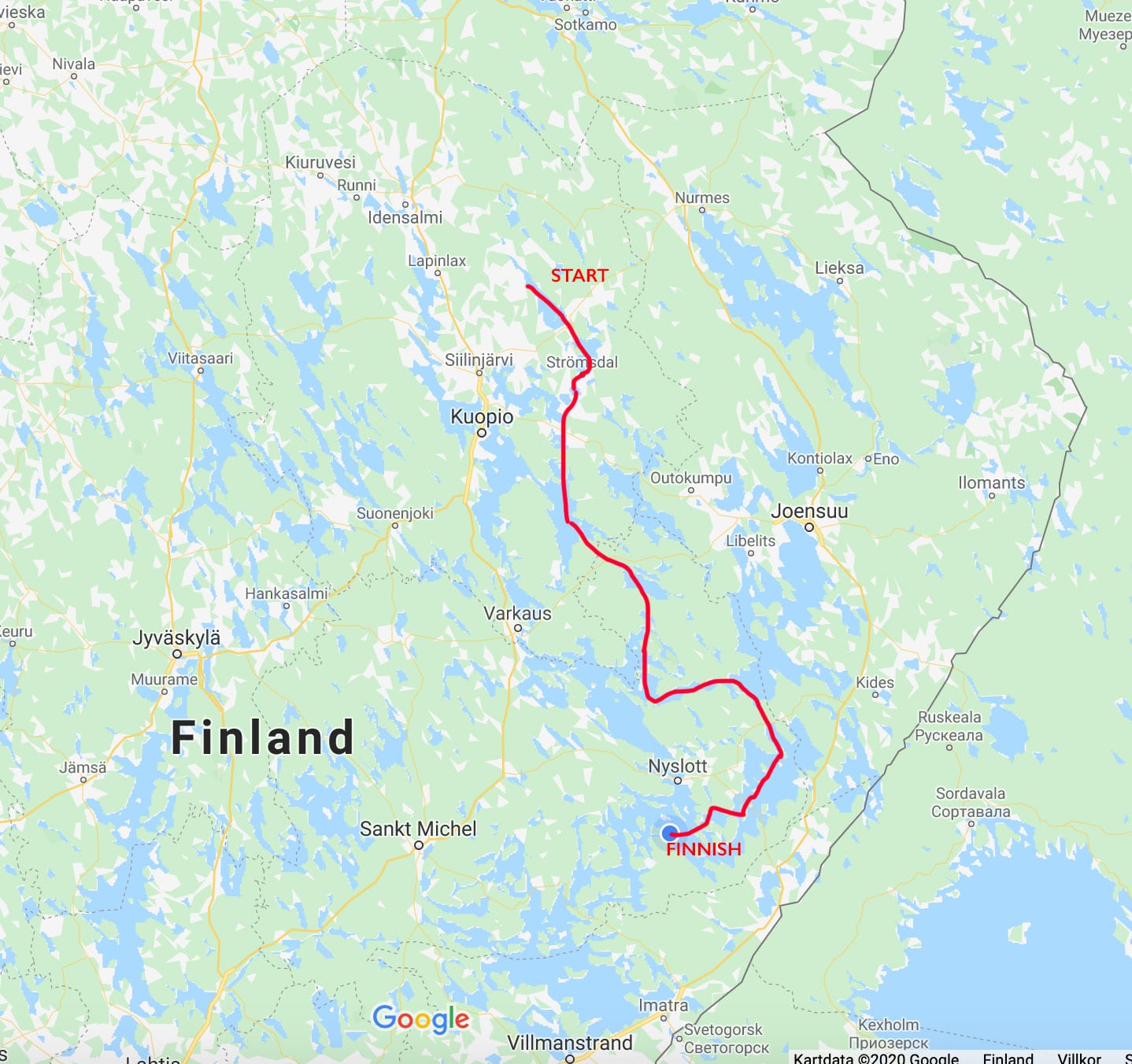 We started the trip at Tahko ski-resort about a 550 km drive from Helsinki.

The lake Syväri at Tahko is the “end-of-the-line” of the Saimaa water system so there is no much boating going on up here. The row to Juankoski is mainly on narrow waterways and passes a lock (with about  1m drop) at Lastukosken rapids. All locks in the smaller waterways are unmanned. You operate the locks yourself.  Light winds and sunshine all day and the rowing was really about to get used to the boats, fine tune the rowers position and let the body get used to the rowing movements. 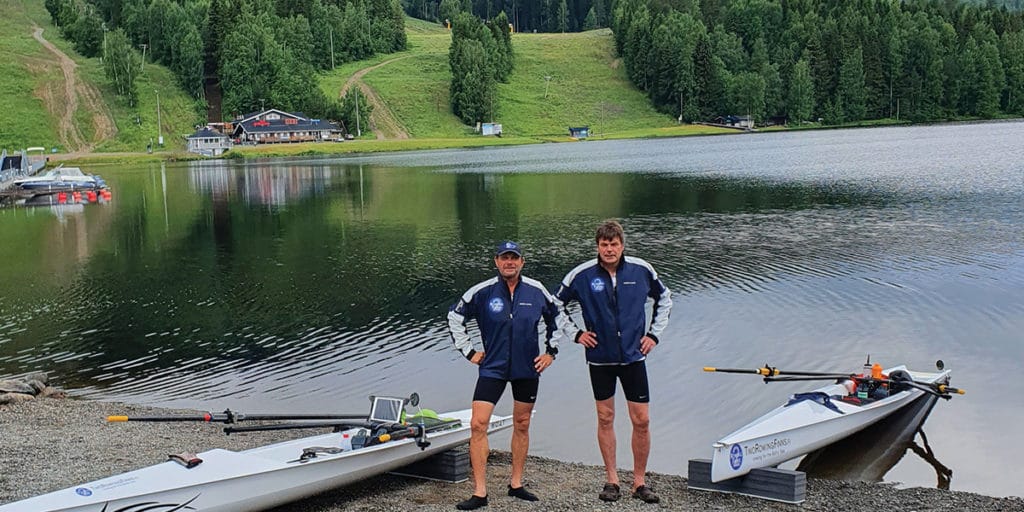 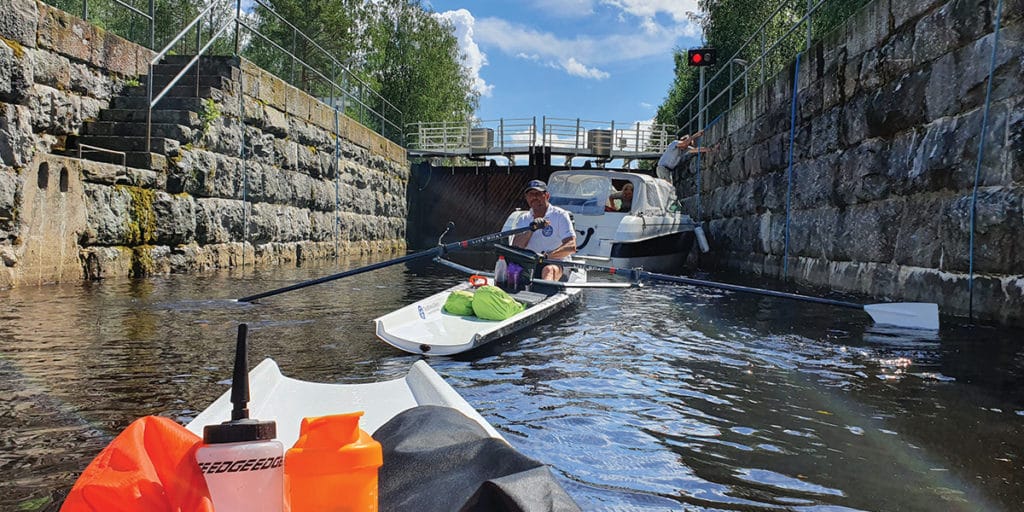 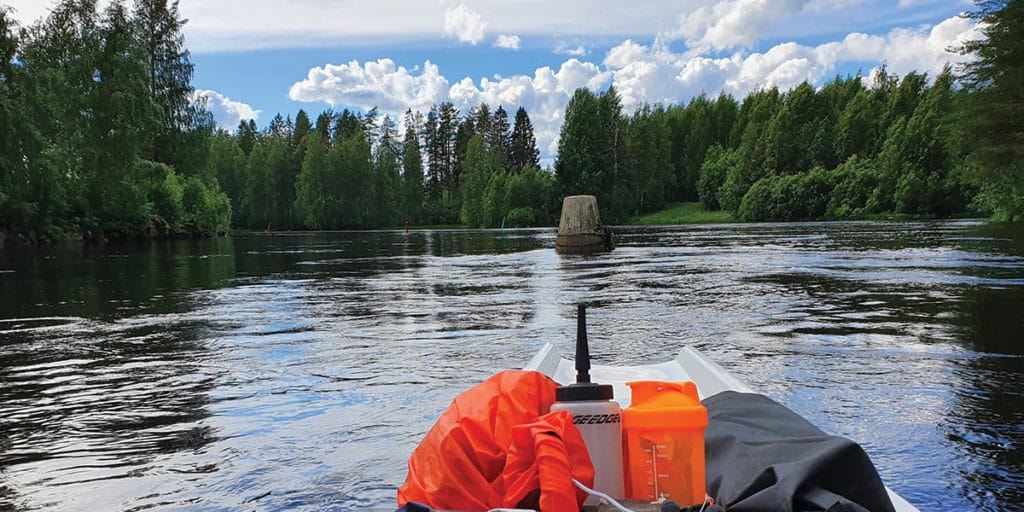 The morning started with going down two locks. The locks are about 2 km apart and you go down 6m with the both locks. Narrow waterways most of the time, some openings with 1-2 km longer open water sections. Some rain hit us in the afternoon so we stopped in Riistavesi for a jetboil lunch at a wind shelter at the local “beach”. Ended up camping at Summa canal for the night, a canal digged open to connect the lakes (no locks). Going through the narrow canal left only 1m space each side of the oars. 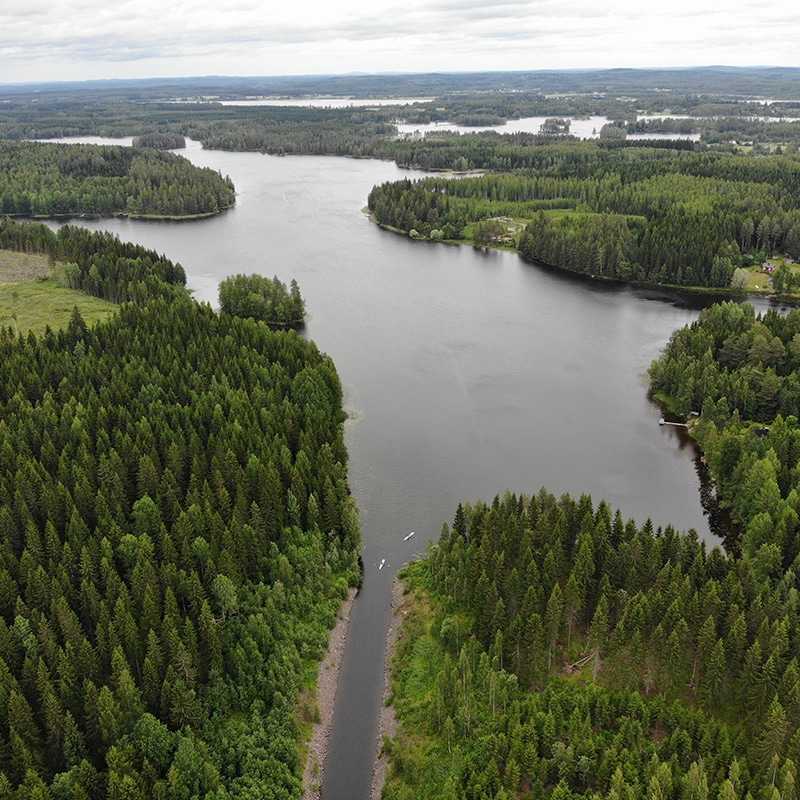 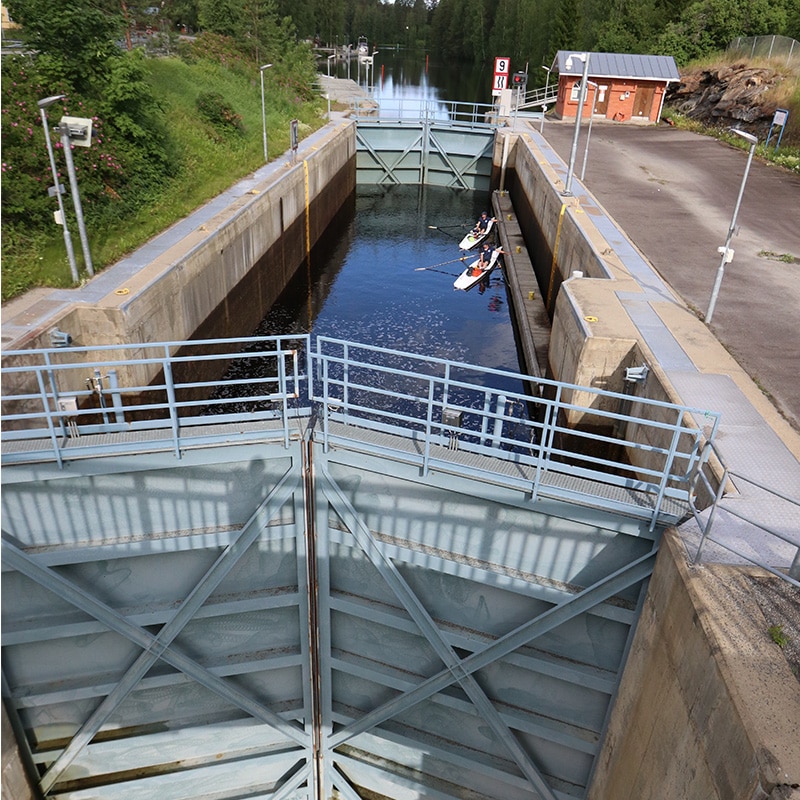 Started off early and got some good 58 km done in perfect rowing conditions. Only at Kukarinselkä did we do a 5 km open water section with some 5 m/s wind and first waves so far. Stopped at Karvio canal where the loch took us down 1,8 m. Camping close by as well as the first shop we found. 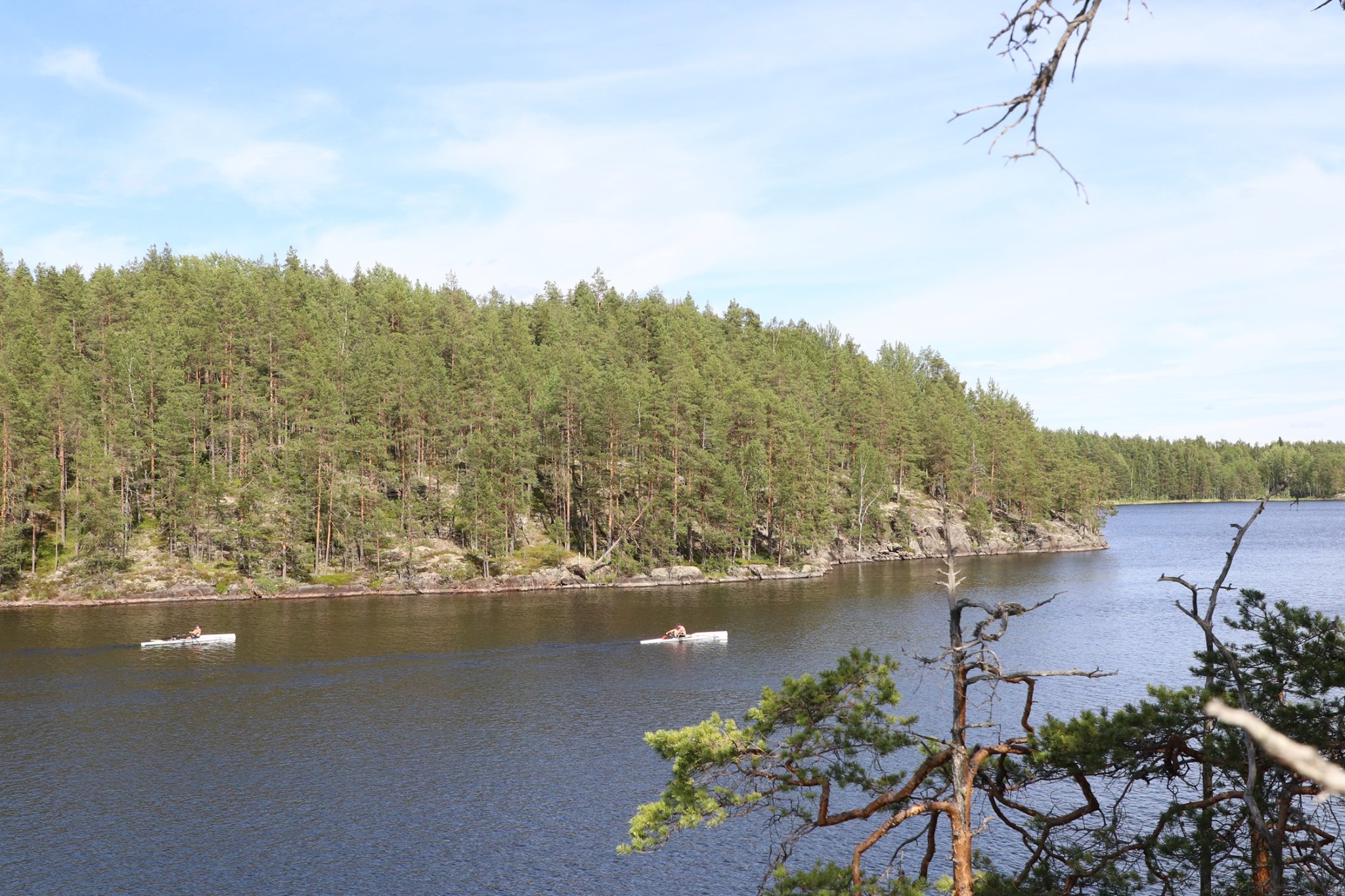 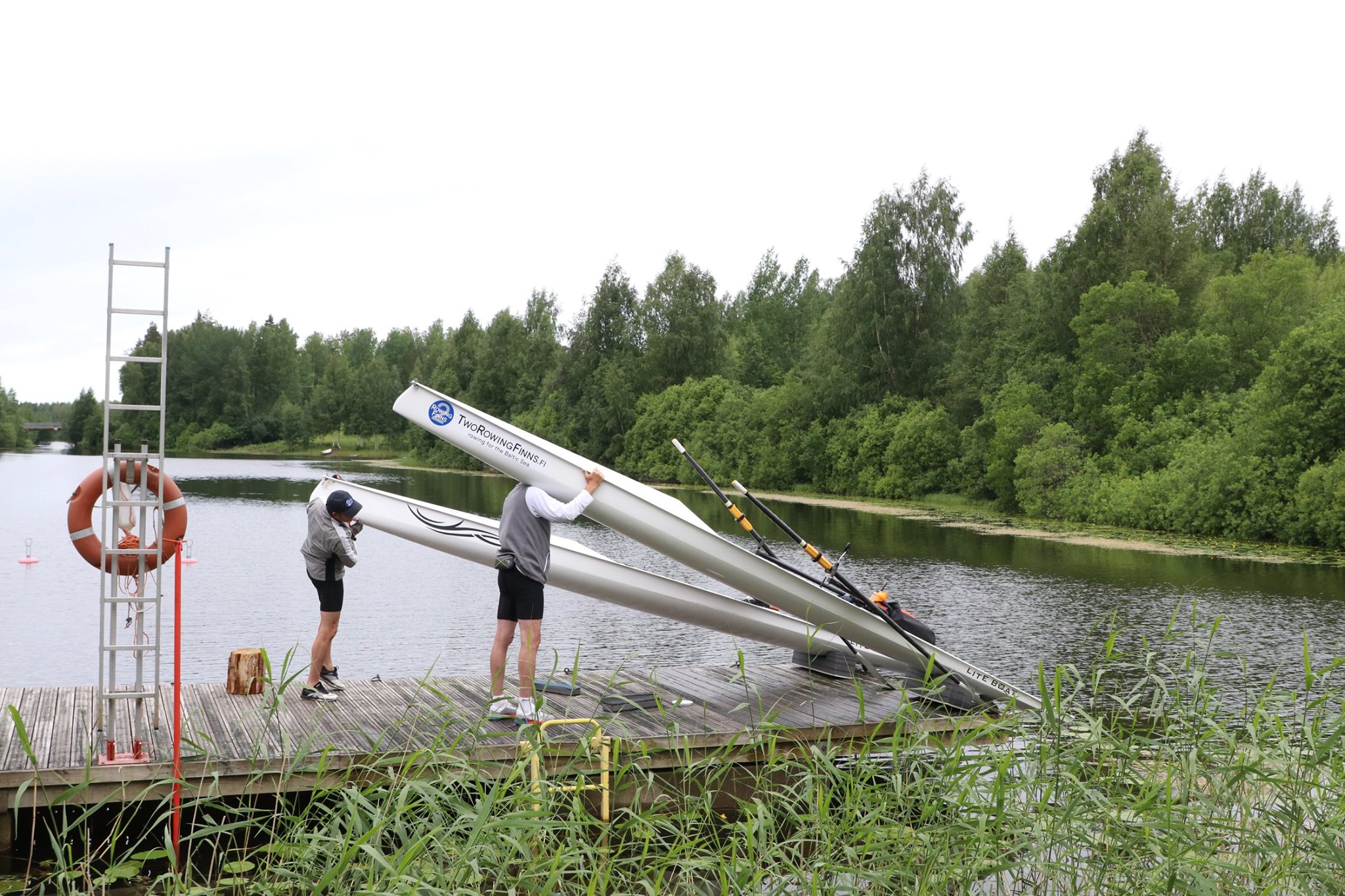 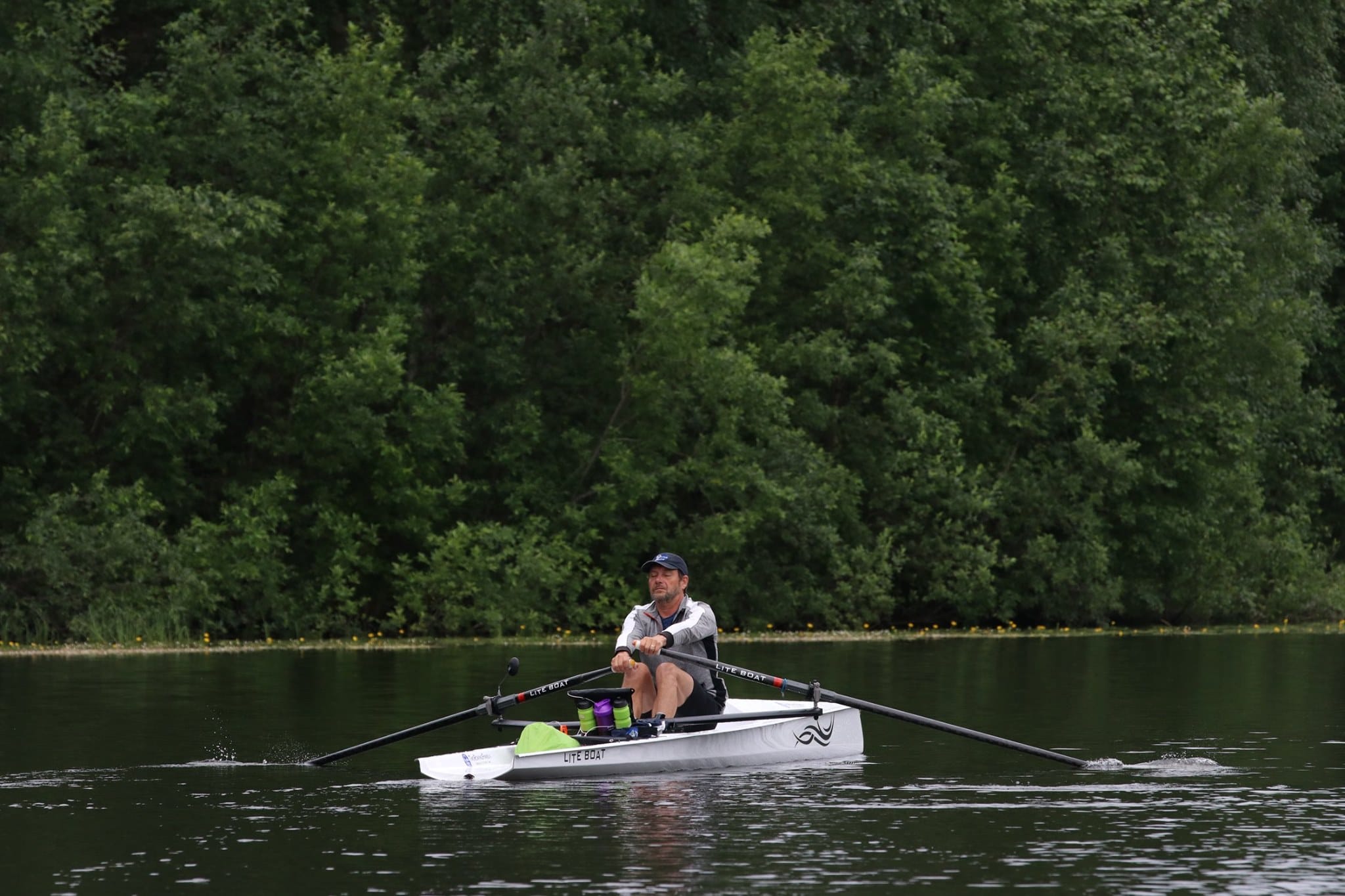 The forecast showed that we were looking for a though day with winds above 12 m/s in the area. Crossing the Kermajärvi lake is a 10 km open stretch and of course we had the wind in front all the way. The coastal boats were put to a test. We crossed Kermajärvi in about 2 hours and but could not hit exactly the other shore where we wanted as we had to take the waves and winds dead ahead, adjusting the course a bit to the west. After a rest in Kermaranta the waterways got more channel like.

The stretch from Kerma to below Pilpa is said to be one of the most beautiful channel landscapes in Saimaa. In some parts the current was up to 3 knots and carried our rowing boats more sideways than straight forward. Fun ride even if we had hard headwinds and sometimes really tricky conditions as we had waves against current. The trick was to avoid hitting the red and green lane marks, of which there where plenty. In the narrowest parts they have red / green lights to control the one-way traffic.

Stopped for the night at Säynämö. Cabins and sauna run by the local church community “Kansan Raamattuseura Retreat”. Great sauna and hospitality. 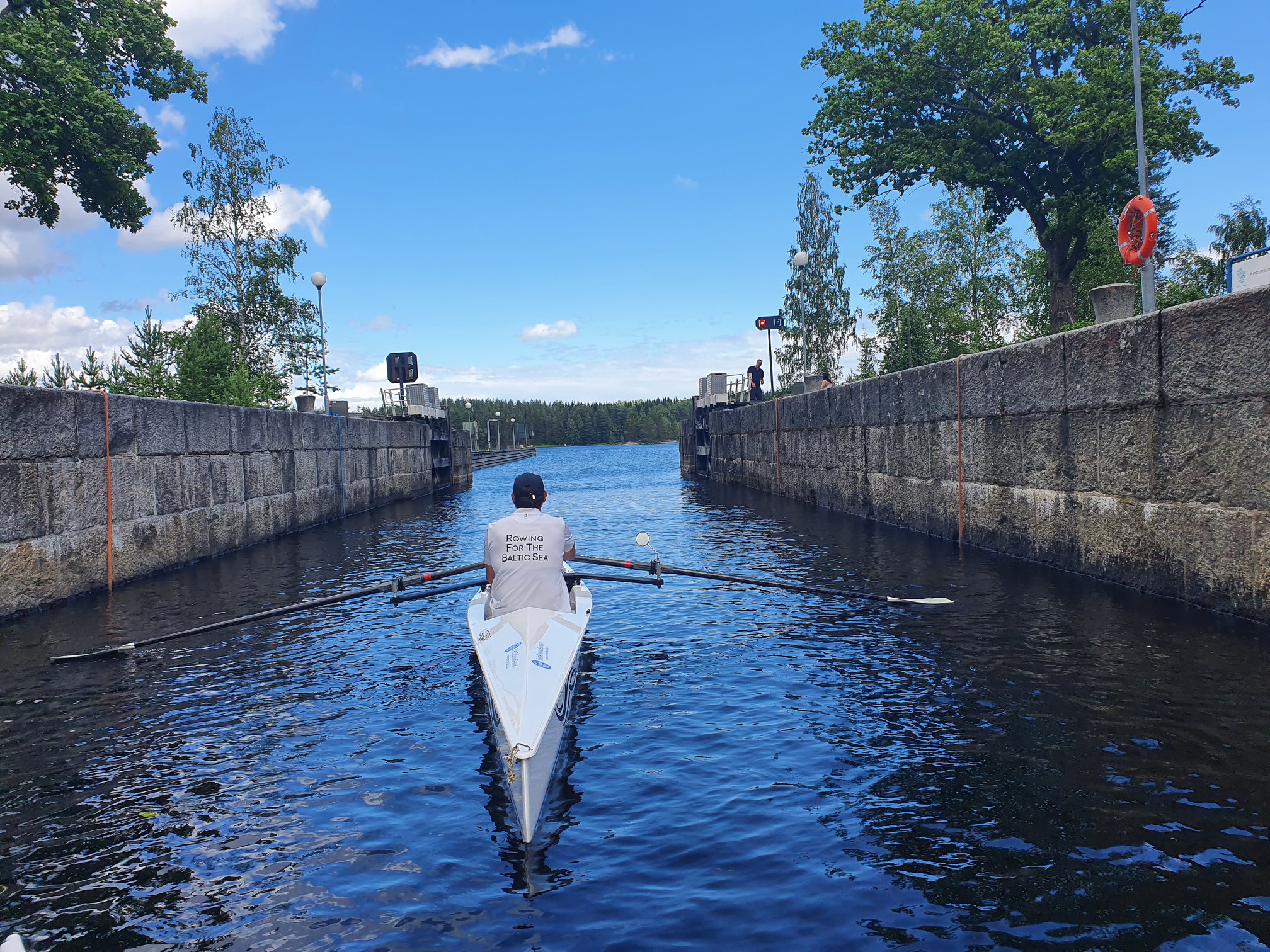 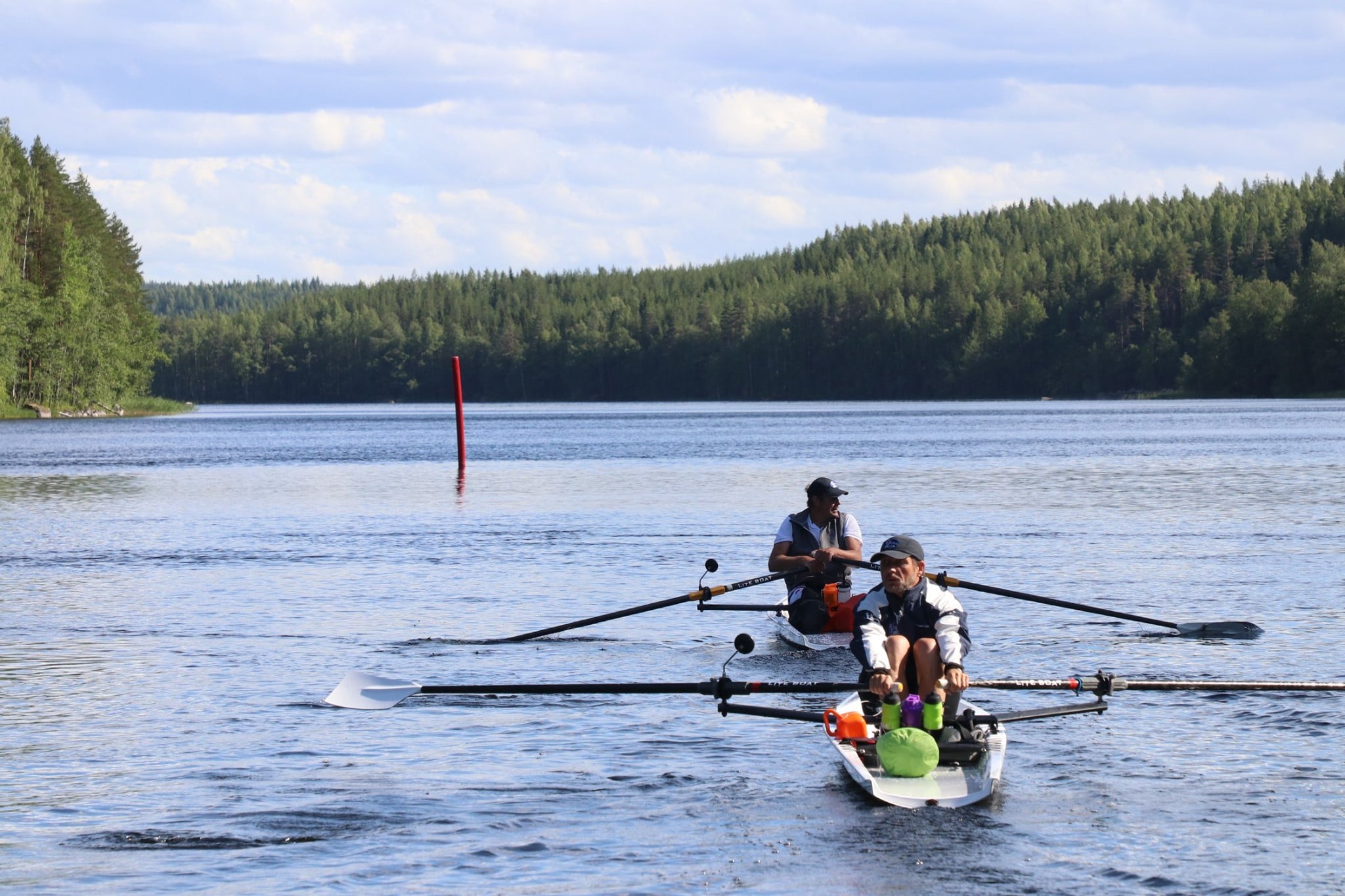 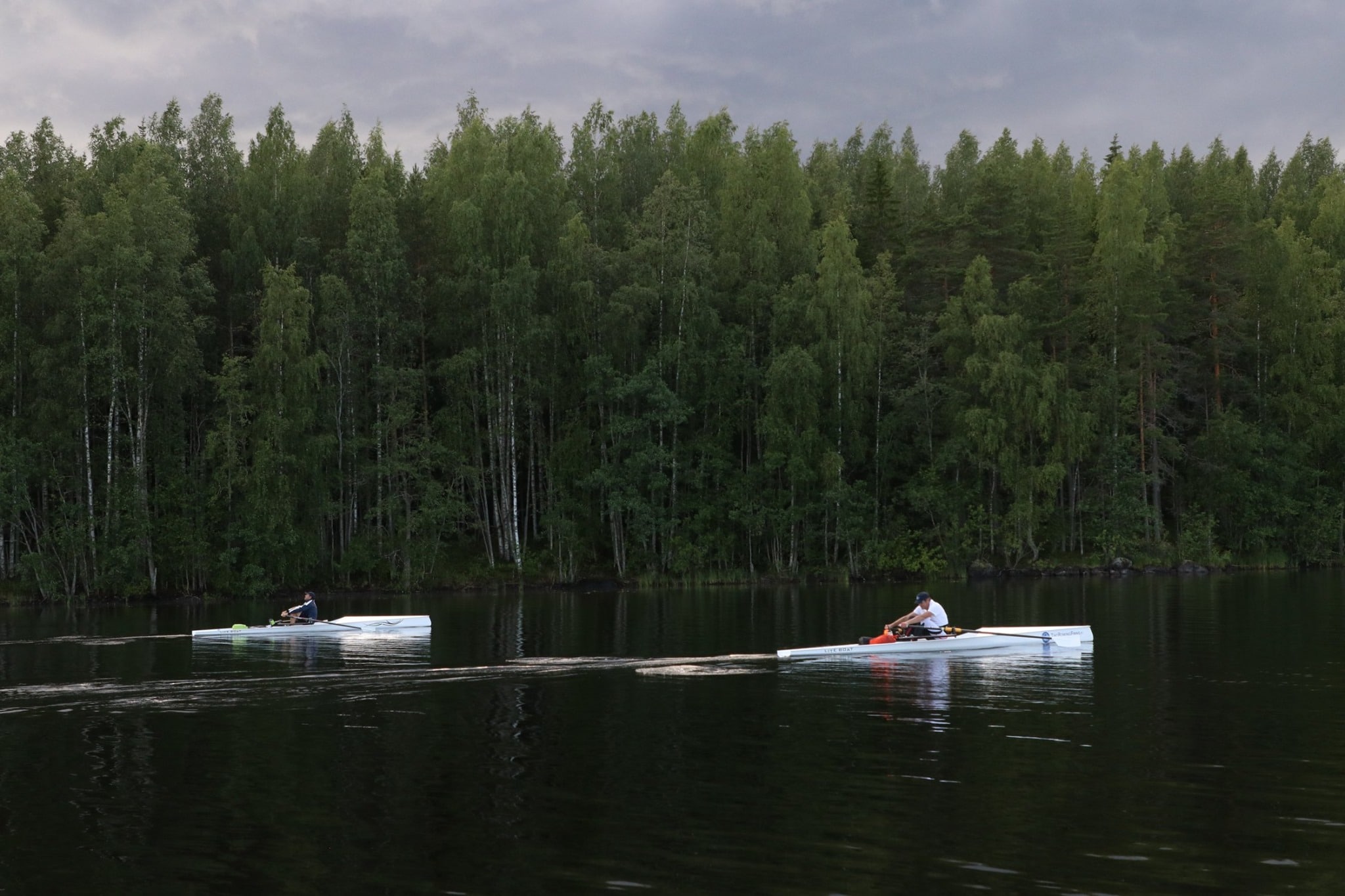 Our daily goal was to row approx. 50 km/day. Starting from Säynämö we realized we would have another day with strong headwinds. Going south all day we had about 10 m/s on the nose and rain. More open waters than the day before and slow progress. At times we were down to 4-5 km/h. Rowing in waves all day takes its toll… worst 2h session, we managed to progress about 7 km. So, at 5 pm we headed for shore at a small deserted island. Had a warm meal and looked at the following open section of about 10 km. We checked the weather forecast and realized we would have winds from behind the next day. Easy decision: we called the support boat and asked them to come collect us. “heat up the sauna and come get us the f… out of here”…

Even though the winds where against us the scenery is fabulous. Most of the day we rowed in Kolovesi National Park where no engines are allowed. Seriously beautiful landscapes. 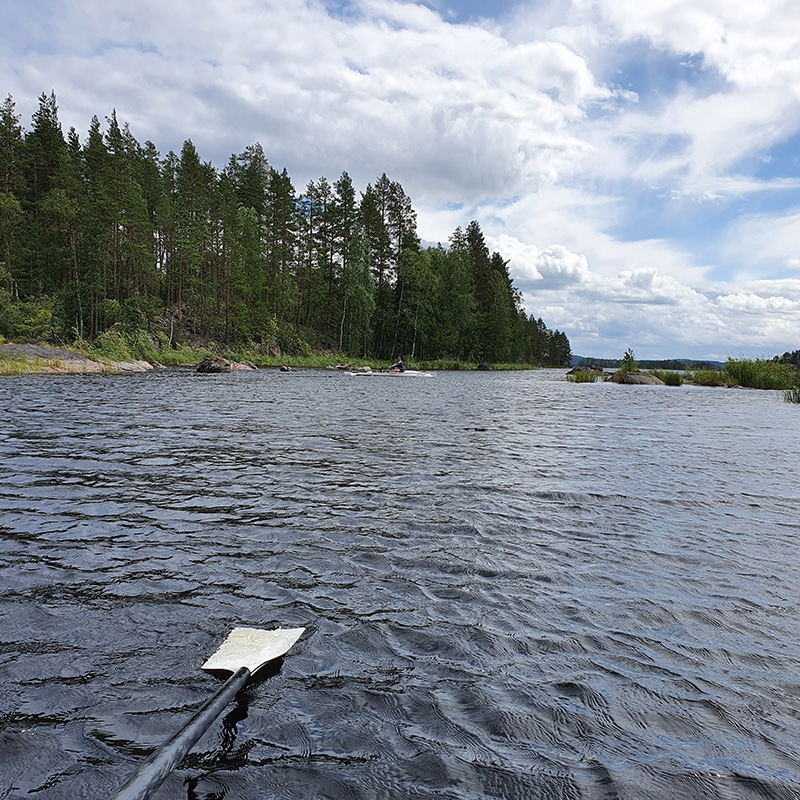 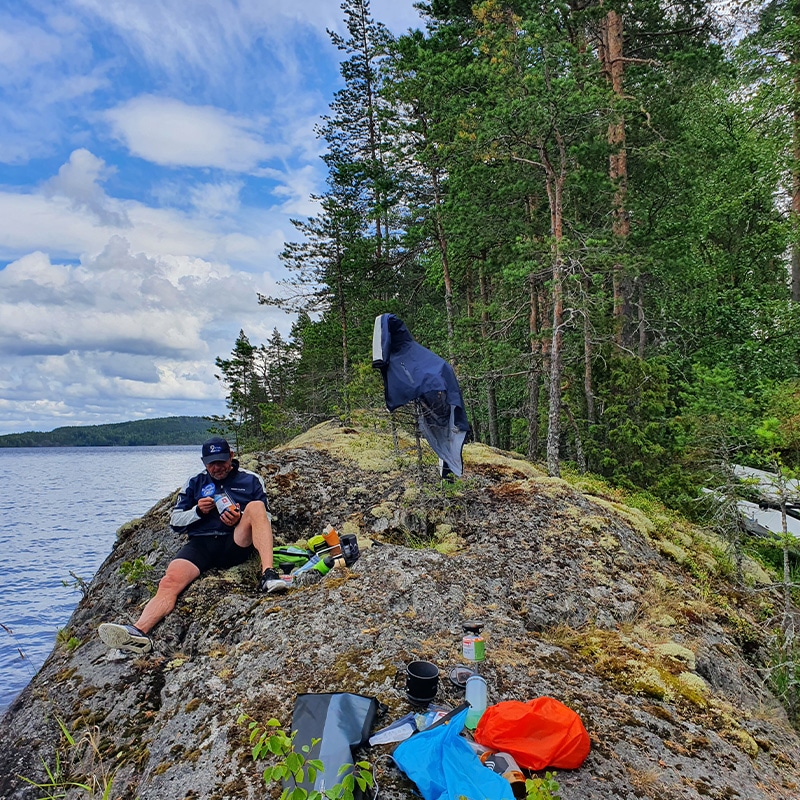 The decision to stop short yesterday was good. Got up at 6 am and rowing by 7.30 am. Winds had changed and were now from behind. All morning we were cruising downwind in a steady pace around 10 km/h. Nice.

Late afternoon we got the entrance of Raikuun channel, the hidden treasure of Saimaa. First diggings where made in 1750s by the locals and more done by some Russian general in 1858. The channel is shallow and narrow. Our support boat barley fitted trough…  (see pic).  Along Raikuun channel on the western shore are stonewalls from Salpalinja defence walls built during the Second World War. Impressive stone works in the middle of nowhere. Definitely worth a visit! 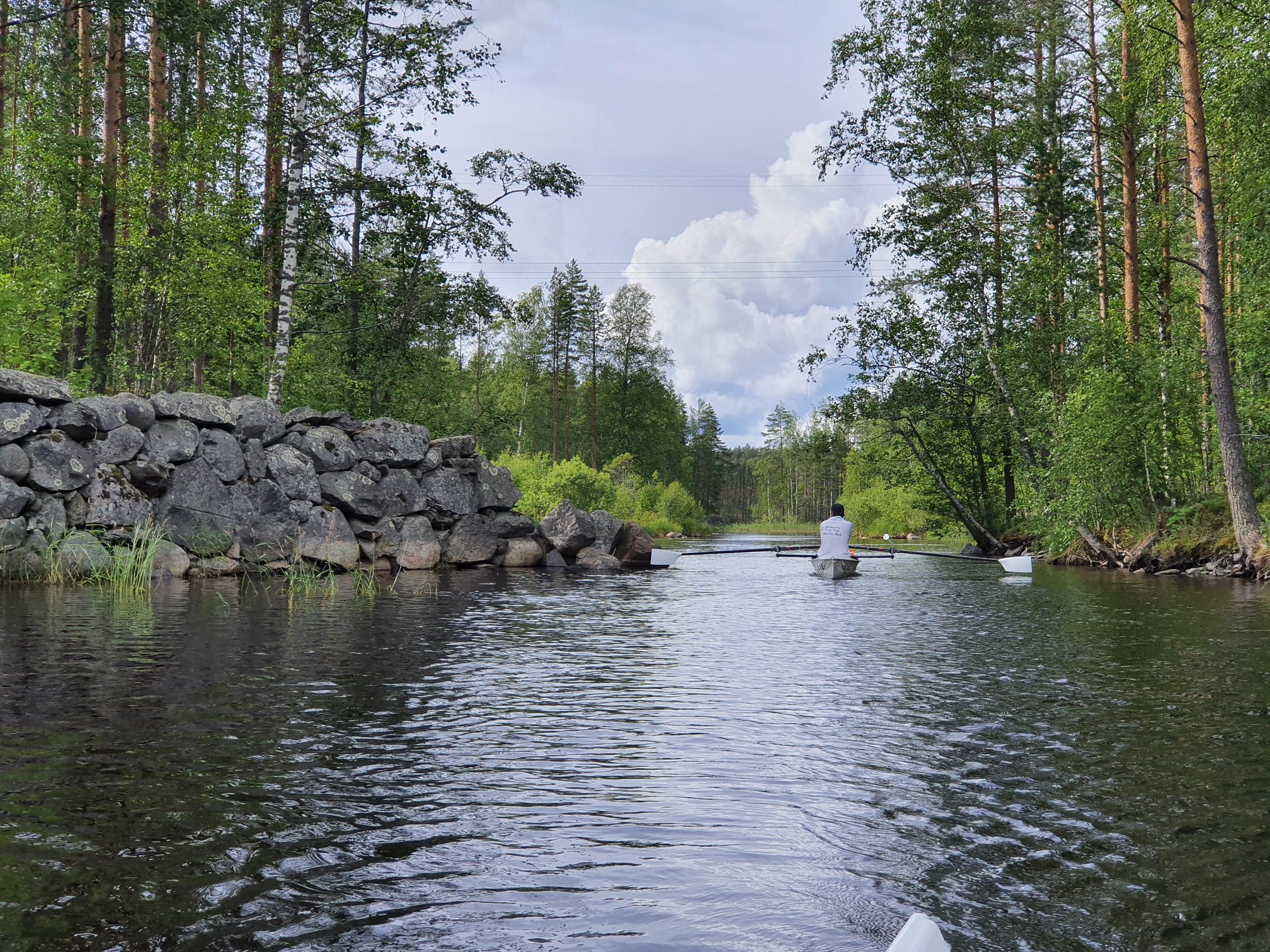 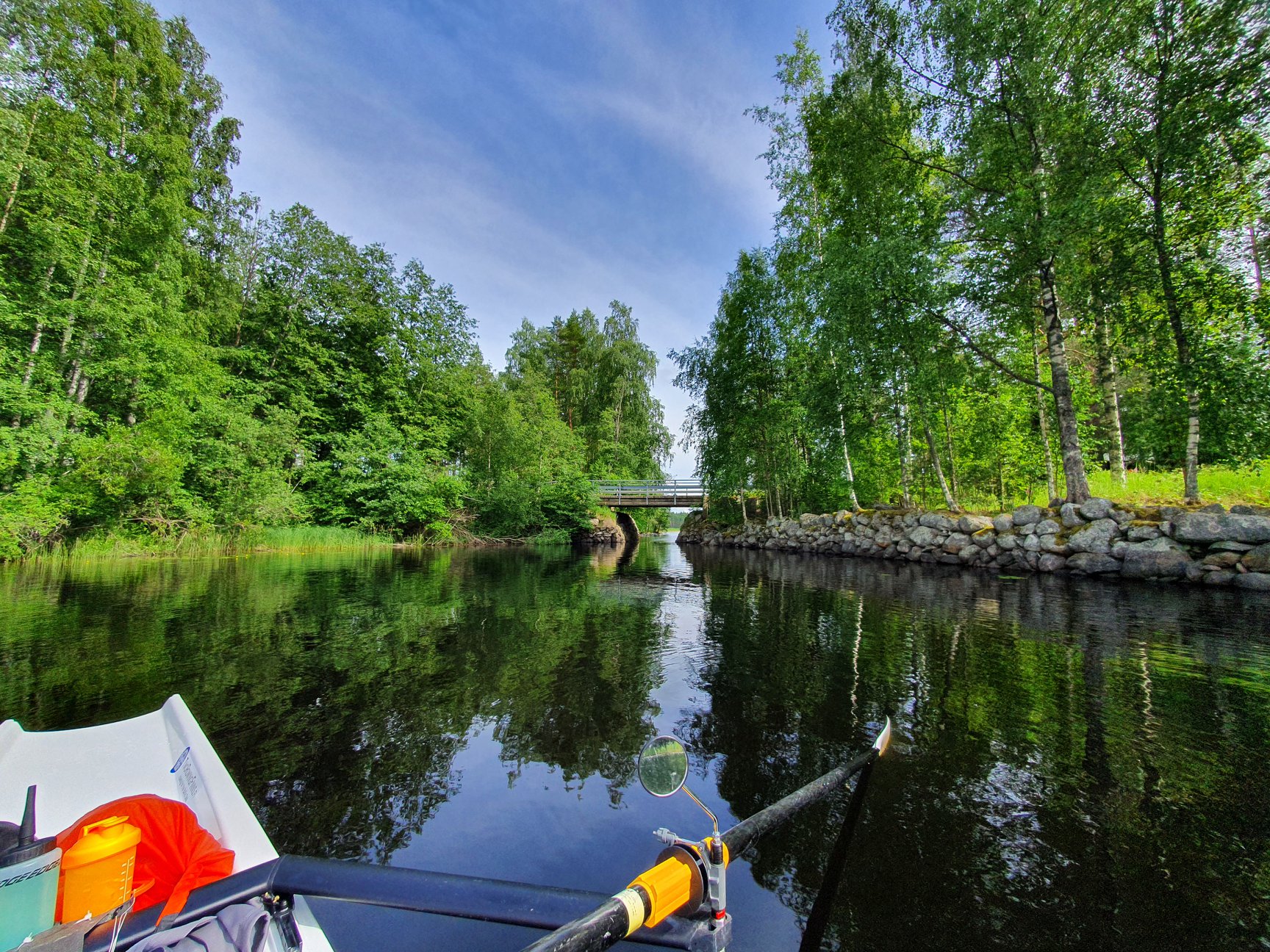 Finally, at Puruvesi lake. All waterways at Saimaa have clear and clean water. But Puruvesi is special. Said to be one of the cleanest lakes in the world. The water keeps clean due to the many dwells in the lake and its sandy bottom. We cooked our food and drinks strait from the lake water.

We had light winds and sunshine and took a strait course over the open waters and enjoyed an almost calm day of rowing. Rowing at its best. After seven days of rowing we made stops more often and had a mix of warm food and painkillers for lunches.

Arrived back to the “civilization” at Punkaharju. First time we saw a car since Juankoski (day 1). 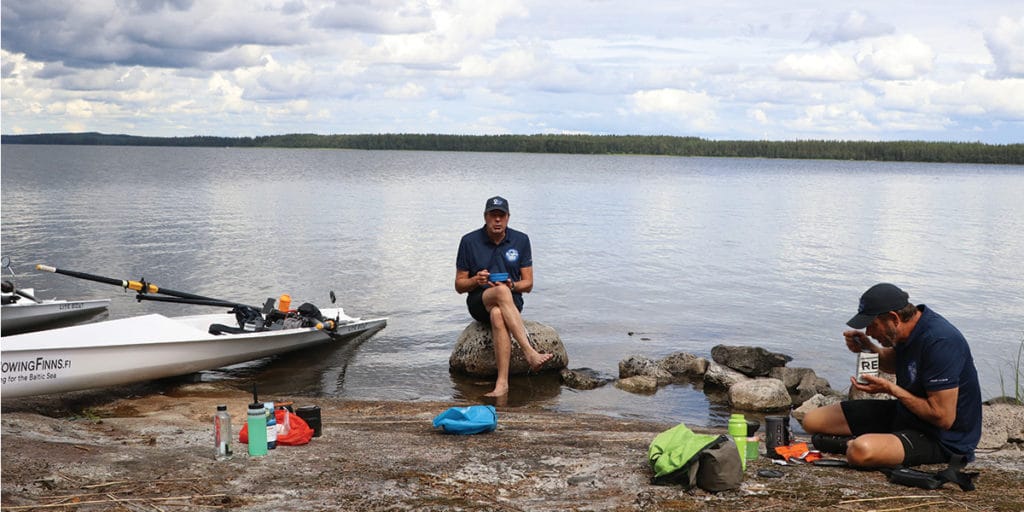 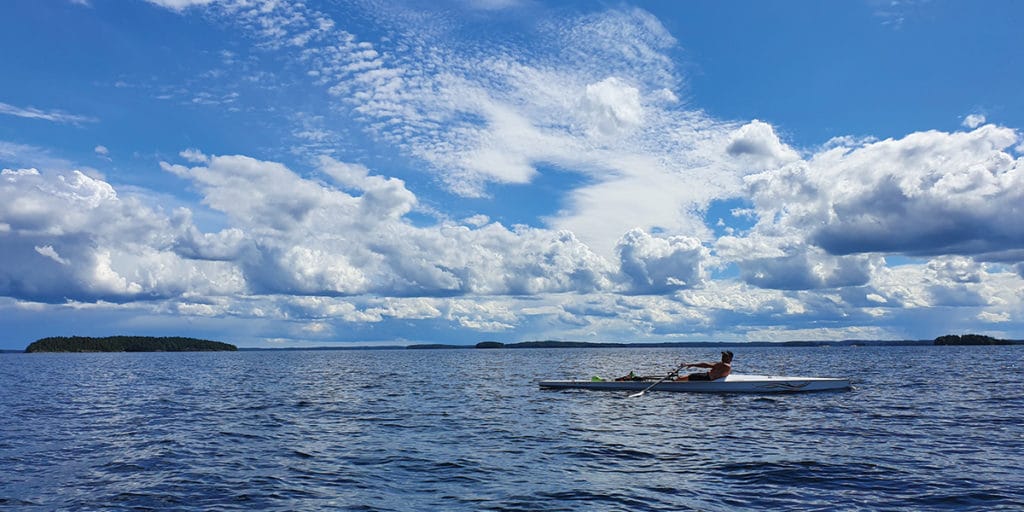 Headed of from Punkaharju in the direction of Savonlinna. Winds back on the nose. Around Savonlinna you have a little more boating traffic, meaning you see 2-3 other boats / hour… Can’t call it crowded. Ended the row at a cottage of a friend of ours. Warm sauna, real steaks and a few beers waiting. 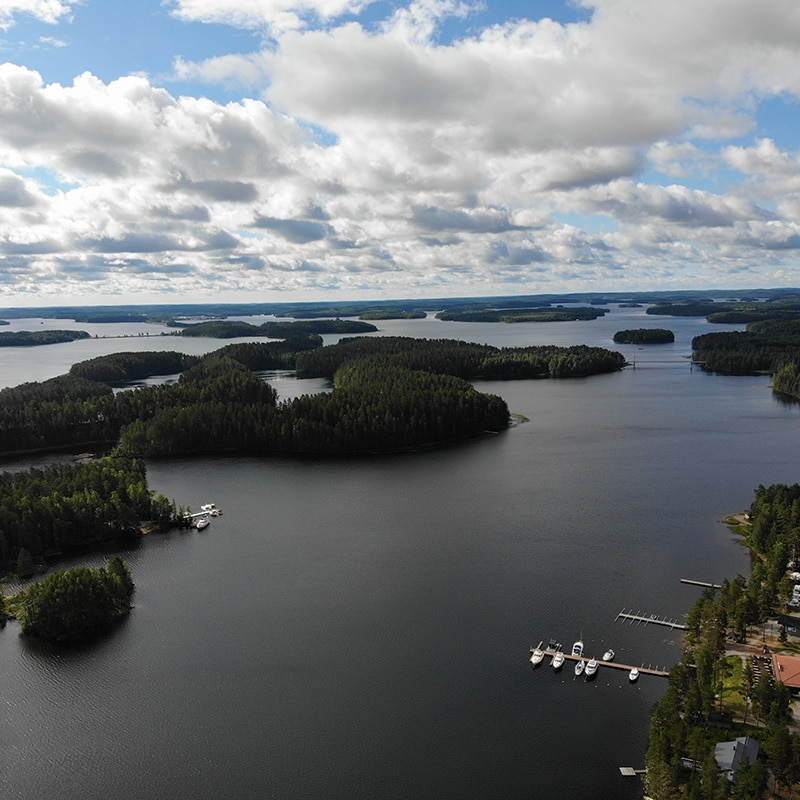 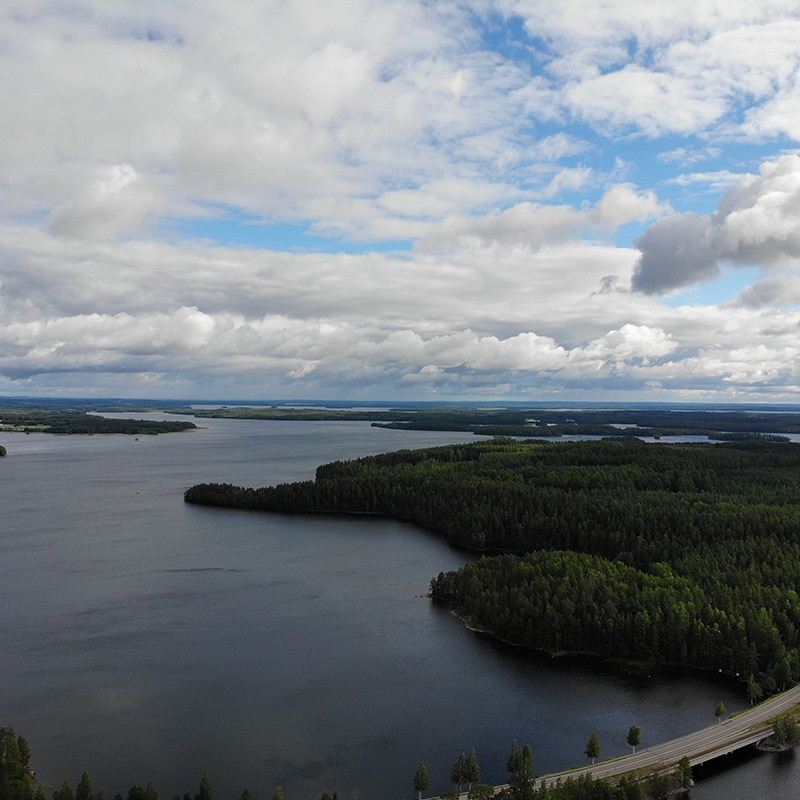 In total we rowed 325 km in an absolutely fabulous archipelago. The lake Saimaa has more than 3000 km of navigable routes, covering and area of 400 km long and 200 km wide. Add to that the clear water and a boat, the LiteRace 1X, perfectly sized for the purpose and you can “off-route” almost anywhere.

We reached our goal for this training week. Got our self pushed to the limits, found out which body parts hurts first. Got a good test with nutrition’s and how and what to eat. Could do this trip again anytime. Saimaa sceneries are just mind blowing. 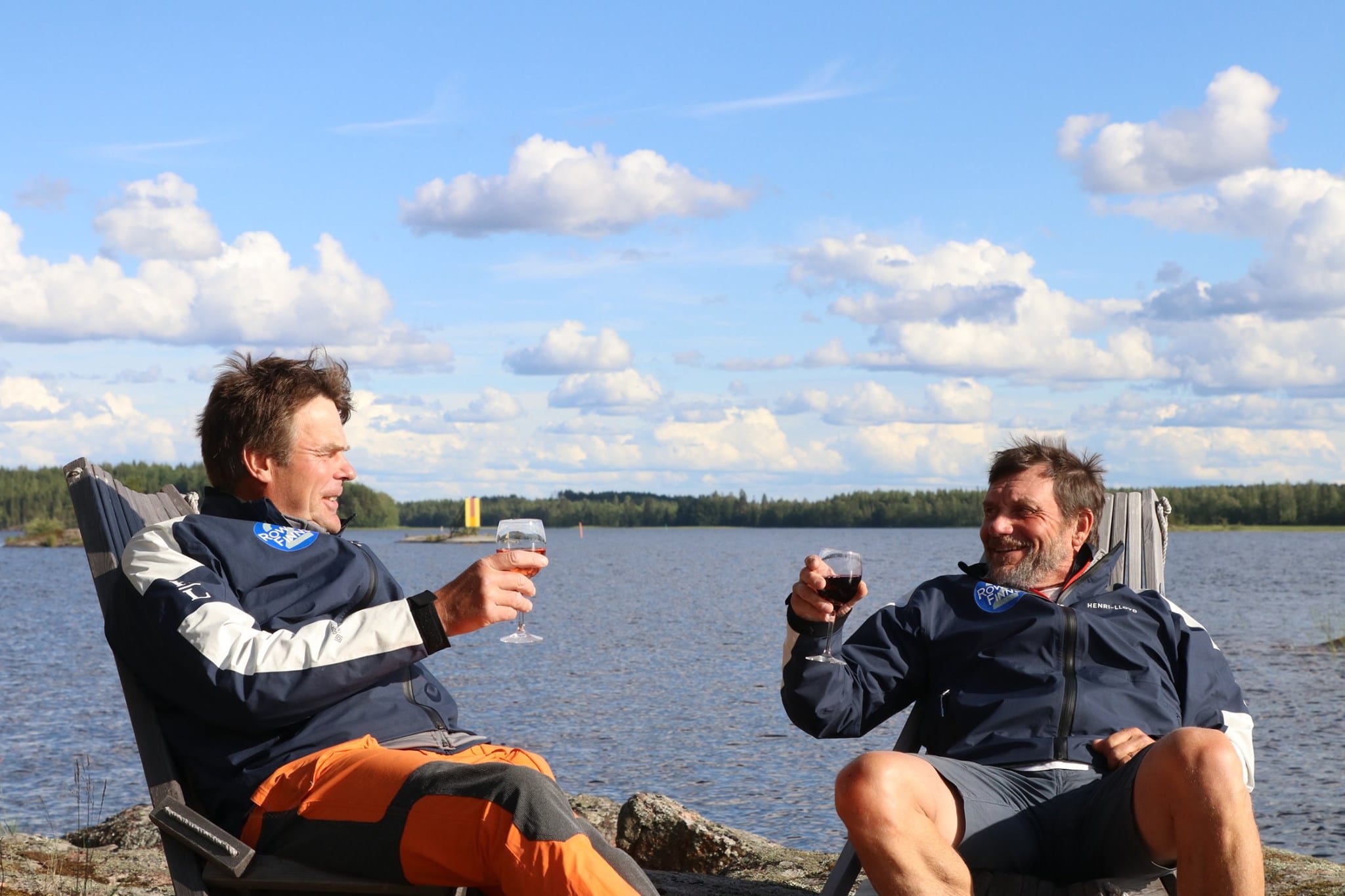 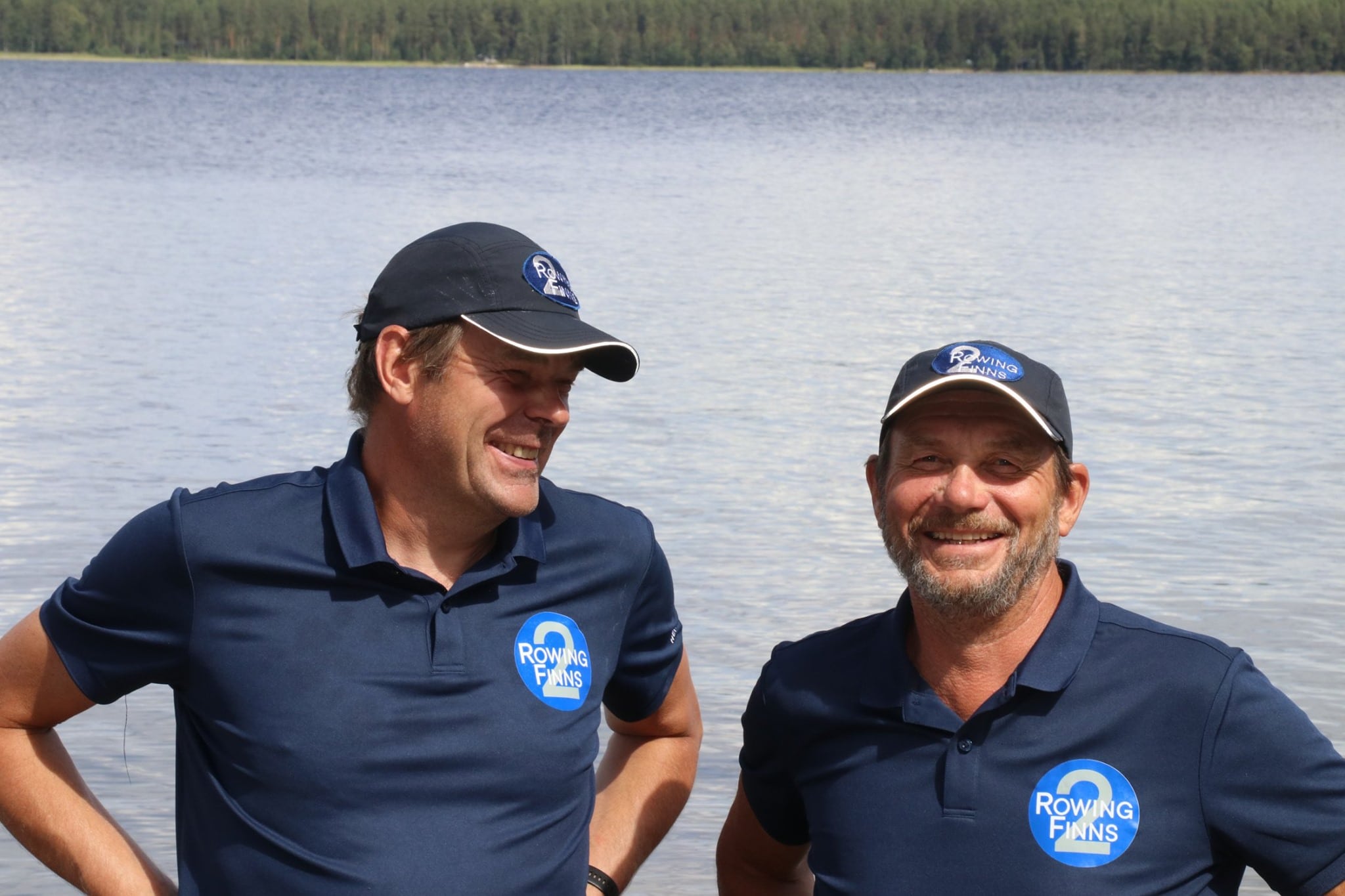 Joining the Liteboat family: the story of Hanna

Why rowing ? Our vision following the pandemic