Gilles Ponthieux, a member of the Liteboat community with Parkinson’s disease, has set himself a challenge: Crossing the Atlantic with strength of arms!

It is through humour and above all through challenge that Gilles Ponthieux, a 62-year-old dental surgeon, evokes the disease he has been suffering from for the past 3 years.

Rowing across the Atlantic is the challenge that this athlete took on when he was diagnosed by his neurologist. Gilles did not do it on his first attempt, in fact, he had already achieved this feat, alone, in 2009.

This time, he decided to team up with Philippe Berquin. The crossing took place in 52 days between the Canary Islands and Martinique for a distance of 4185 km (2600miles). The “two seniors” took turns every two hours to reach their goal. The only help they received was an Argos beacon to geolocate them.

“There was a whole period when I only put one oar in the water. For eight days, my left shoulder was no longer responding to my brain’s orders. So I forced him to obey again, repeating a “up” command, with each movement,” he says.

A mental force: His will

Parkinson’s disease is a degenerative disease that results from the slow and progressive destruction of neurons in the brain. Since the area of the brain affected by the disease plays an important role in controlling our movements, people with the disease are gradually making rigid, jerky and uncontrollable movements. For example, wearing a cup on your lips with precision and flexibility becomes difficult. Nowadays, the available treatments make it possible to reduce symptoms.

“Dopamine is an essential neurotransmitter for movement control, and acts a bit like an autopilot. When it disappears, the automatic gestures fade away, and they must be brought back by will,” explains Professor Philippe Damier, neurologist at the University Hospital of Nantes.

There is nothing like sport to keep the will going. “Physical activity does not cure the disease, but it slows it down,” says Gilles Ponthieux.

Every day, Gilles rides 10 kilometres by ATV to work. He also plays other sports in his spare time: Parkinson’s gym, ergometer (device that reproduces the movements of rowing).

As a dental surgeon, Gilles Ponthieux informed all his patients, and the Order’s Council, that he was ill. But he continued to practice. His patients have remained loyal to him.

Every day, a challenge!

His greatest victory? Give yourself a new challenge every day!

He invites other patients to do the same. “For someone who can no longer walk three steps, setting a goal to do so, and achieving it is positive. To challenge yourself, every time, it’s a great victory! “, explains Gilles.

The last one he has just set himself: to change the negative image suffered by Parkinson’s patients.

To learn more about the disease or to support the association, visit: www.franceparkinson.fr 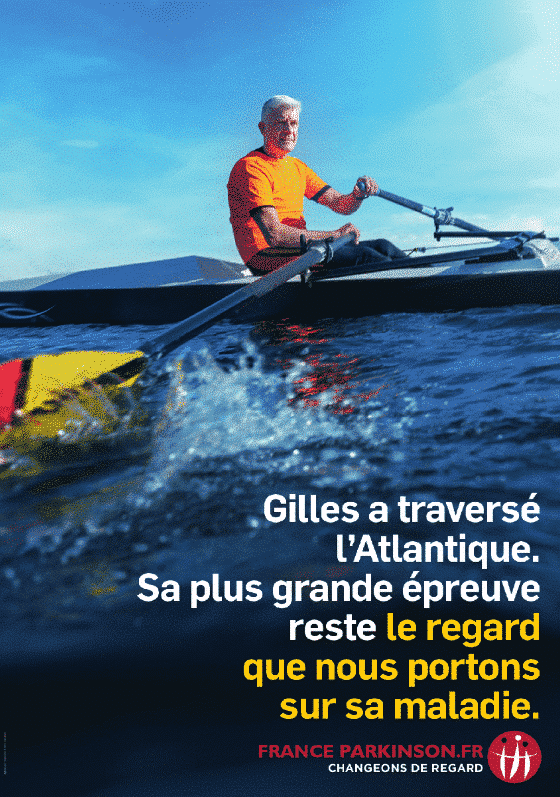